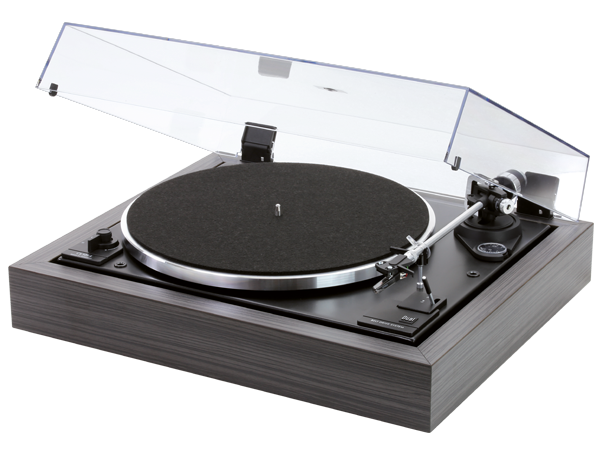 With the final edition of the CS 505-4 Dual presents the last production series of the legendary CS 505-4. 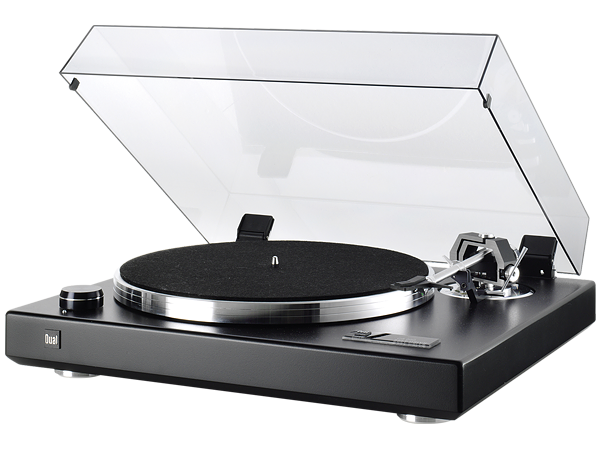 The latest top model from the house of Dual resides within an elegantly worked, massive wood console. 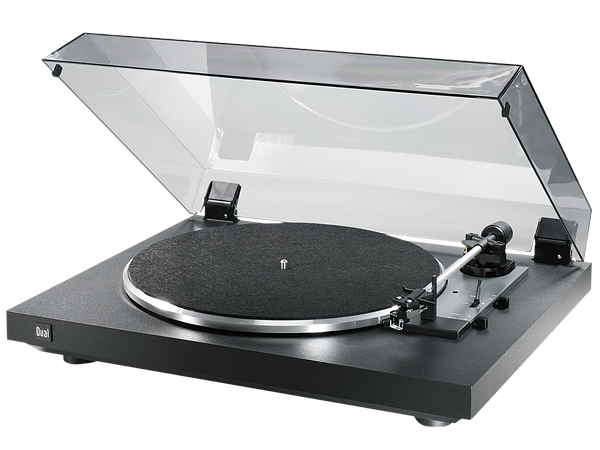 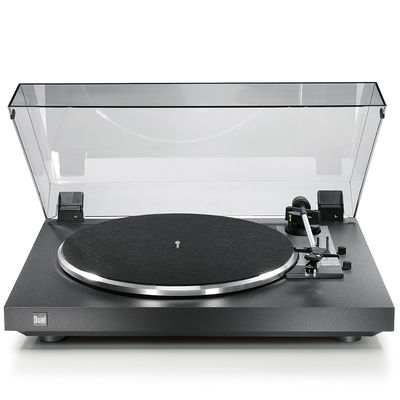 Turntable with mature technology and first-class workmanship. The perfect start into the DUAL tradition, 100% MADE IN GERMANY. 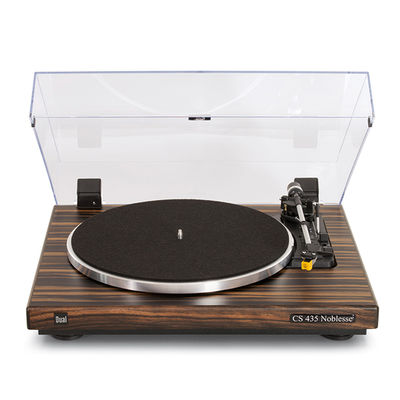 An outstanding fully automatic Plug & Play turntable made by DUAL. That's the CS 435-1. However, here it comes with a noble, heavy chassis in macassar finish. 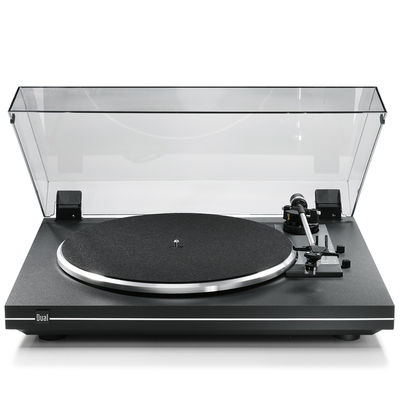 This turntable creates the ultimate combination of precision technology and absolute convenience at an attractive price. 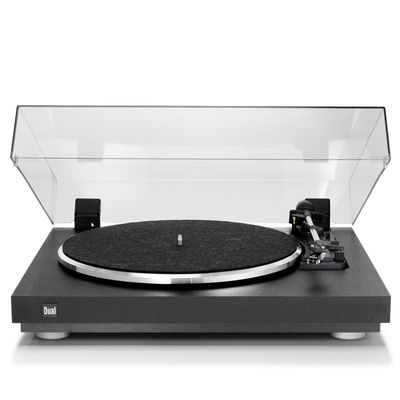 Simple choice of material, but a high standard of quality ensure in this fully automatic turntable; Analog music enjoyment. 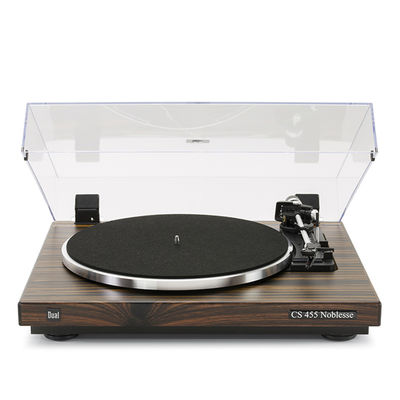 The legendary CS 455-1 is now available in the limited edition "Noblesse". In comparsion to the standard version it has a solid wooded chassis with noble makassar finish. 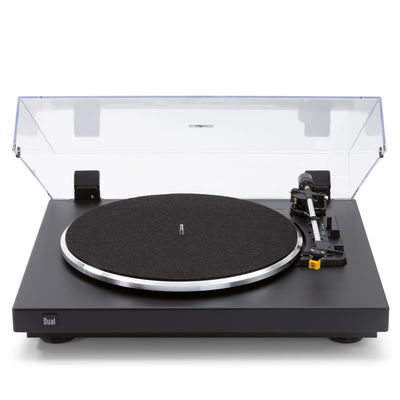 The well-proven fully automatic technology was redesigned here. Through the use of new materials and manufacturing methods the performance of the turntables, which are Made in Germany, was improved. 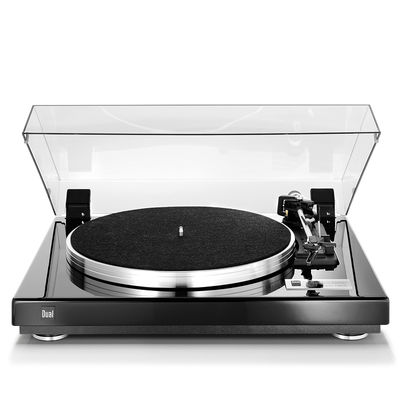 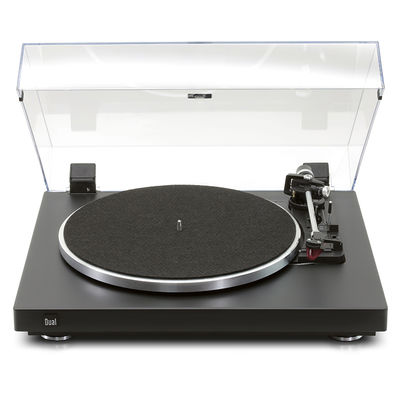 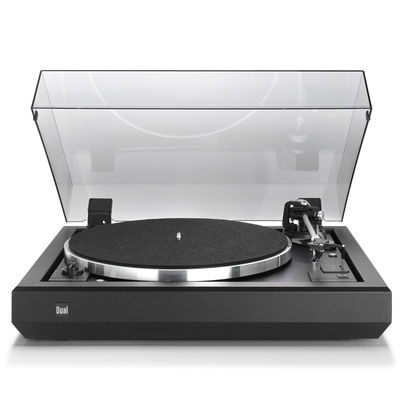 An era will end soon! With the final edition of the CS 505-4 Dual presents the last production series of the legendary CS 505-4. 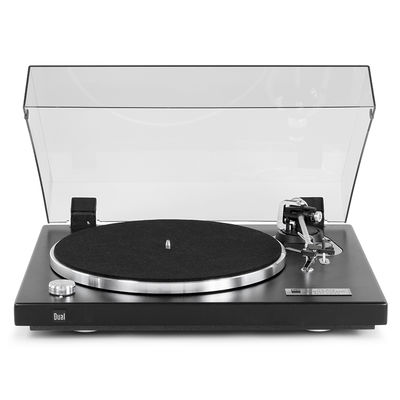 Semi-automatic turntable with electronical stop-function. Succeed from the „big brother“, the CS 550, it has the same massive wooden chassis (but in black colour only), motor unit and bearing. Approved configuration also on the tonearm – it ist he arm of the CS 505-4.

The latest top model from the house of Dual resides within an elegantly worked, massive wood console.

The company history of Dual begins with the production of spring drives in 1900. 27 years later, an electric motor with reared spring drive, the combination motor was introduced - the so-called "DUAL-Motor", and so the DUAL brand was born. In 1937, at the World Exhibition in Paris, the DUAL turntable gets the first award. In 1949 the DUAL-record changer, model "1000" was introduced. DUAL produces an annual 200,000 drives by now. In 1952 there were the first own crystal cartridge box-turntables and box-amplifiers followed in 1955/56. New developments such as tape recorders, tuners, amplifiers, speakers, and compact systems were equally successful. 1971 DUAL took over the competing company PE. While DUAL in the 70s still imports its biggest gains, in 1982 came the surprising bankruptcy with the acquisition of THOMSON. In 1988 DUAL was then sold to the Schneider-Rundfunk Werke AG, which then added televisions to the range, too. In 1993, Alfred Fehrenbacher GmbH took over the production of the complete turntable program by DUAL.